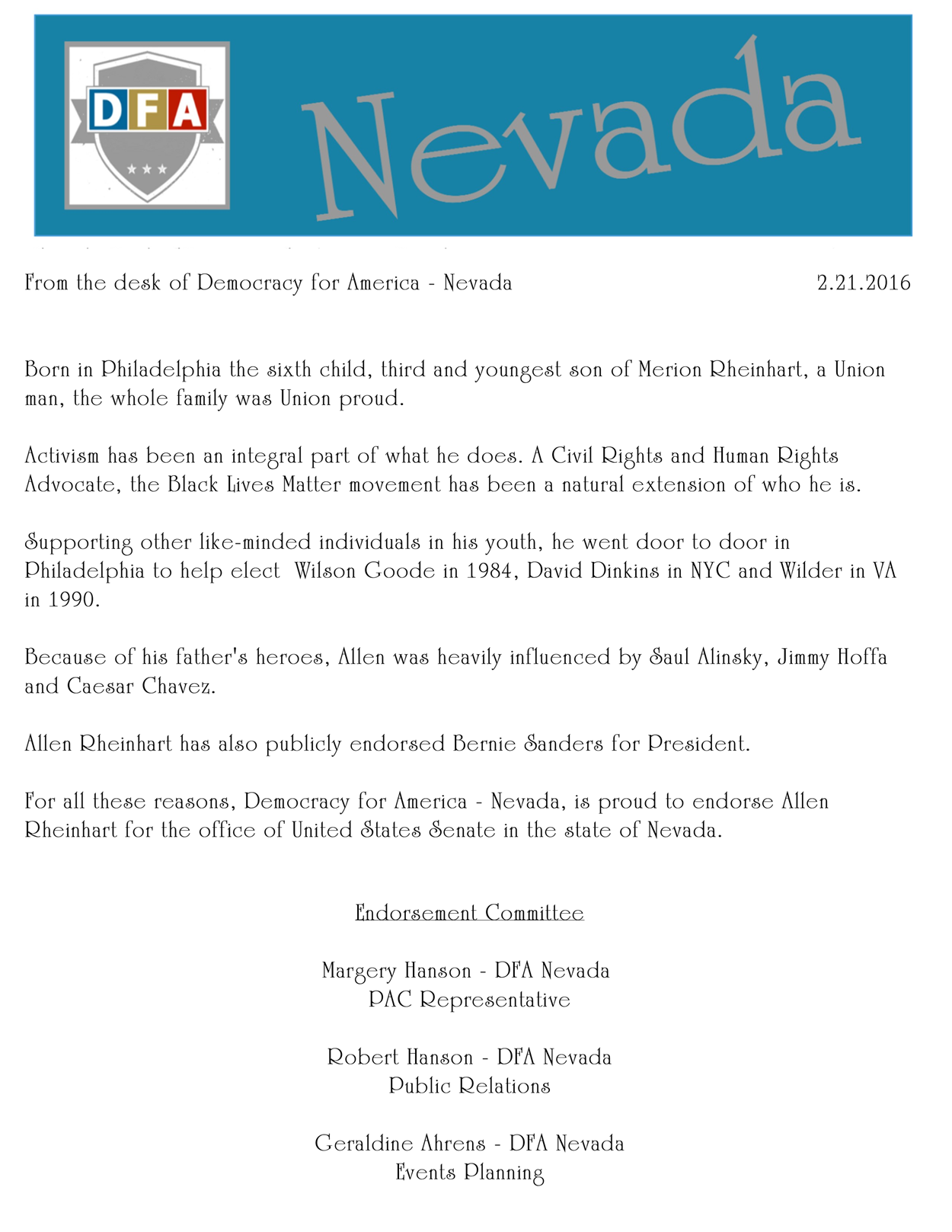 My dad, Merion Rheinhart - A labour union man, born in 1920, below is his political history - and I'm my father's son - to the letter.
Democratic-Socialism isn't something I heard about when Bernie first appeared -  I knew of Bernie Sanders from his first run for office in 1971.
I was politically baptized a Democratic Socialist when I was 7 years old - in much the same fashion as millions of deeply conservative Republican families introduce their children to conservative Republican party politics at an early age - and to that path they stay for the duration.  To be called a, "Radical Leftist" is label I will proudly wear as a badge of honor.
My baptism came sitting alongside my dad watching Barry Goldwater's 1964 Acceptance speech for the presidency - with him explaining to me Barry Goldwater's very dangerous narratives on foreign policy (a speech horribly stuffed with epithets of war - in which Goldwater neither offered his condolences to the nation nor to the Kennedy family - who'd but 7 months earlier lost a president to an assassin's bullet, instead he thanked Richard Nixon - of all people - and we know how that went some years later) I've been a politicos all my life, I live, eat, sleep and breathe Ultra-Leftist politics (my area of expertise is foreign policy, all of the world's current hot spots - The entire Levant region - from the Wadi Rum, to the Hindu Kush - South China Sea issues - Indo-China affairs - ALL of the republics of former USSR & Warsaw Pact nations/the Russian Federation) - I'm to the left of Sanders on many issues.
https://en.wikipedia.org/wiki/1940_United_States_presidential_election#General_election  (my dad's first presidential election vote was for the Socialist Norman Thomas not FDR)
https://en.wikipedia.org/wiki/1944_United_States_presidential_election#General_election  (likewise his 2nd presidential vote was for Thomas not FDR)
https://en.wikipedia.org/wiki/1948_Progressive_National_Convention (My dad attended this convention, held in Philadelphia where I was born - in 1957 - and supported/voted for Henry Wallace's and his Progressive Party, they/Wallace were very strong on civil rights for black people, a 'living wage' - a second bill of rights - in fact it was Wallace who really was the true architect of FDR's 'second' Bill of Rights).
My political education is Democratic-Socialism, I care zero for the incrementalism of today's Dem Party failures.  I learned long again, all incrementalism will get you in politics is a hard road ahead.....incrementalism is the middle of the road, and, as Jim Hightower once said, "there ain't nothin' in the middle of the road [in Texas] except yellow lines, and dead armadillos".......as long as we play along with the DNC, by their twisted morality it'll be political rinse and repeat - in perpetuity.  I've stayed on the path of Democratic-Socialism, and will continue to do so until my last breath.
My cause is real, I have no lesser reasons.  Capitalism is an abject failure - from its very birth it was never intended to better humanity.  Democratic-Socialism, and only Democratic-Socialism, is the political vehicle that will take the human race forward.  Models that still teach this vulgarity called capitalism must be purged and replaced with one of fairness, rooted in the premise of [first and foremost] human decency.
I'll be once again running against Senator Catherine Cortez Masto (https://www.nvsos.gov/silverstate2016pri/USSenate), only this go-round I won't be near penniless (without money all the issues on the world can't get your message to the people - your campaign is dead in the water with money - at least 1 million dollars for the Nevada market - against a party backed candidate for ANY office).
"We must burn the books of the hypocrites, and, let their lying pages warm the bones of men (and women) of truth" - Emile Zola
Back to Home Page
Committee to Elect Allen Rheinhart
Powered by CampaignPartner.com - Political Websites
Close Menu