Congresswoman Titus sits on The Department of Homeland Security Committee, which is the House Oversight Committee for Immigration and Customs Enforcement - ICE. https://titus.house.gov/media-center/legislation/committees  & https://homeland.house.gov/about/membership/

We Americans, along with the entire world's populace, watched in absolute horror ICE's treatment of undocumented migrates in their custody.  We watched Latino children being taken away from their mothers, human beings herded forcibly into living conditions not fit for pigs, we learned of Latino children & women being raped - in some cases by ICE employees, and even deaths, actual murders in custody.  In fact, there are Jewish activists comparing the detention of migrants  in these facilities to the treatment of Jews by the Nazi's - and they'e 100% correct - it's exactly the same.

Where is Congresswoman Titus' public admonishments of this inhumanity, her loud protests, her subpoena for the Acting Director of ICE to appear before her committee - on the instant - or her arriving uninvited to any of these detention centers and demanding she be let inside?  Dina Titus did absolutely nothing all the while.  And, just imagine had COVID-19 hit us just as they were being forced into these hell holes - imagine even now if COVID-19 gets inside?  And it will - eventually.

ICE was established in 2002, and in its brief 18 year history (for a government agency) it has grown to over half the size of the FBI - which has been in existence for over 111 years.  Anyone with an ounce of common sense knows that you can't have any gun culture of this size functioning without a boss - a director, yet, ICE has gone without and "Actual Director " for the last 2 years.  It's had only "acting directors" not a permanent one in all that time.  Well, in the 111 year history of the FBI they've never, ever had an "Acting Director" more than 3 months before a permanent director was seated. 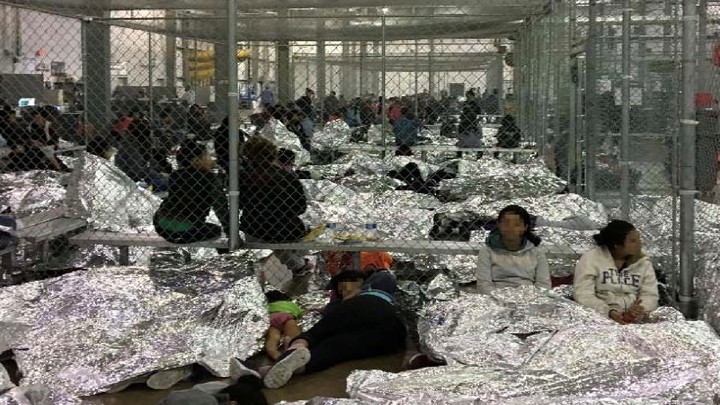 To be clear, I believe ICE should be abolished, dismantled and scattered to the winds - it's a collection of predominantly white people who house a deep racial hatred of Latino's - who live to act out on that hatred.  As it stands, had ICE had a seated director the human rights abuses we all witnessed (and ones we didn't) would have been harder to have taken place and we'd have someone specifically to blame for their criminal behaviors.   All gun culture apparatus' need vigilant, day to day oversight, otherwise they're policing themselves - which is a formula for disaster.

Congresswoman Titus, as a member of the House Committee on Oversight for ICE should have insisted on there being a permanent director in place, having had an advance warning of Trump's immoral immigration policy. Trump told us in advance.  She has been a complete failure in her oversight duties in this regard.  She's not responsible for ICE not having a director appointed, that's for the Senate, but, knowing the process as she does (or should after 32 years in government) pushing for the Senate Republicans via Nevada's own Democratic Senators (Catherine Cortez-Masto and Jacky Rosen) to seat a director should have been her number one priority.   But, Congresswoman Titus is a back bench do-nothing, that just phones all her homework in, she just sits with her head in her hands waiting for marching orders from the leadership and then she shows up to vote as she's instructed to do.

She is the quintessential failure of leadership that is all too common in our current Democratic Party representatives of the last 30 years.  In fact, how many Nevadans even know Dina Titus is their congressperson for CD#1, that she is their representative in D.C., for CD #1 - since 2013?  That's how entirely irreverent Dina Titus is as a legislator.

After 32 years in state and federal government, it's well pass time to give Constandina Titus her walking papers. The only thing remotely constan-t about her, is her ineptitude - which go out the door and around the block.